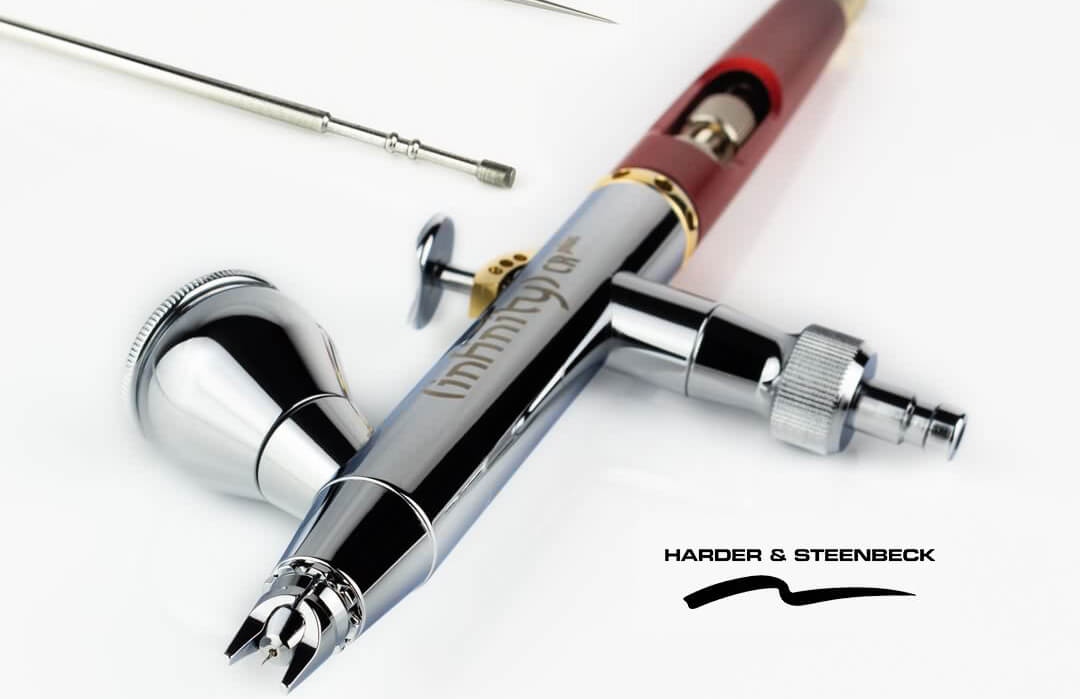 Harder & Steenbeck has recently invested heavily in their manufacturing facilities in Norderstedt, Germany. Three major new high-tech CNC machines this year have not only greatly increased their manufacturing capacity, but also opened up new avenues for product design, and development.

A new CNC milling and turning machine complements the already state-of-the-art machines upon which Harder & Steenbeck airbrushes are made, whilst a new polishing machine enables an even finer finish to be applied to the parts after they have been machined.

But the unit which offers the greatest interest to Harder & Steenbeck users is the new CNC needle machine. The capabilities of this machine has meant that H&S could bring new ideas to the shaping and finish of the needles. And so with this new freedom, they began to investigate how to be better!

The first goal, was what everyone wants from a needle – to be stronger! The new equipment can work with and shape more exotic materials, and so the new needles are manufactured from a material which is nearly 1/3 harder than the previous.

And then, the design… Much has been made recently of “double-taper” needles. It is absolutely true that double taper needles are superior to single taper needles. However, just being a double taper is no guarantee of success. H&S learned that the point at which the paint “breaks free” from the needle is the most critical point. For detail work, this is where the two tapers meet.

H&S conducted a study through 2018 of taper length, angles and how the needle design transitions between the two tapers. After many prototypes, and much time spent working with artists, a new improved specification has been created for all sizes from 0.15mm through to 0.6mm.

H&S also took the opportunity to make the needle identification markings on the back end easier to understand, as you can see in the pictures. The nozzles now also carry the same simple method.

The feedback on the new needles is everything that H&S was aiming for – more control over detail, finer lines and better overall atomisation through the trigger range. They are also less prone to tip-dry and due to the harder material and revised design, they are much more robust than the previous versions.